Reports are out claiming that AC Milan have been encouraged by Edinson Cavani’s commitment to PSG. 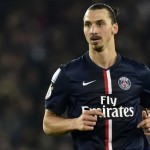 Last week, the Uruguay international declared he expected to stay with PSG after talks with management.

RAI says Cavani has been assured he would be played as their No1 striker next season – so placing in doubt the future of Zlatan Ibrahimovic.

Milan retain hope of re-signing Ibrahimovic and are waiting for the Swede to negotiate a release from the final year of his PSG contract.

It’s suggested PSG have told Milan they can sign Ibrahimovic once they have found a replacement.

AC Milan Will Get Out Of This Dark Time – Kaka