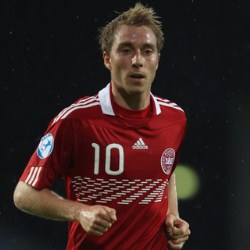 Reports have surfaced that AC Milan and Genoa are hatching a plan to bring Ajax whizkid Christian Eriksen to Italy.

On the table is the prospect of Genoa signing the winger in January and then loaning him to Milan for the second-half of the season to get around registration difficulties.

The two clubs performed a similar arrangement for former Portsmouth midfielder Kevin-Prince Boateng, who signed permanently for the Rossoneri at the end of last season.

Premier League side Arsenal have also been heavily linked with a move for the 19 year old attacking midfielder.