AC Milan Keen To Offload Huntelaar To The Premier League 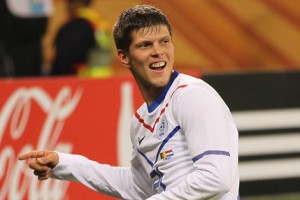 It is said that Aston Villa and Tottenham are keen on the services of the former Real Madrid striker, although it remains to be seen whether they will match Milan’s €14m asking price.

Galliani said: “(Lukas) Podolski will arrive on only one condition: Huntelaar’s sale to the Premier League would open several different scenarios from a financial point of view.”