Reports are out claiming that AC Milan chiefs will seek talks with CSKA Moscow in Monte Carlo today over Keisuke Honda. 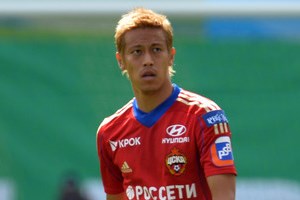 Gazzetta dello Sport claims that powerbrokers from both clubs will be in town for the Champions League draw today and Milan will make one final attempt to agree a fee for the Japan international.

The 27 year old Japanese international has made it clear he will sign for Milan when he leaves CSKA, with his current deal expiring in December.

The Rossoneri hope to bring forward those plans by agreeing a fee with CSKA today.

Milan are willing to go to €3 million for the attacking attacker.