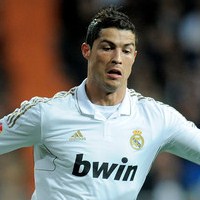 AC Milan patron Silvio Berlusconi has revealed that he would like to lure Real Madrid star Cristiano Ronaldo to Italy.

Berlusconi admitted that he would try to buy the former Manchester United star – if the price was right.

“I would not say no to buying Cristiano Ronaldo,” the former Italian Prime Minister told Il Processo di Biscardi.

“However, it would have to be at a fair price due to the economic crisis which is not only affecting Italy.”