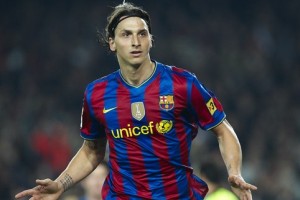 Spanish newspapers reported that Milan president Silvio Berlusconi is aware the Swede wants to return to Italy and has given the green light to bid for the former Inter star.

Milan hope to do a deal for €35 million and are prepared to include a player in their offer – Klaas-Jan Huntelaar and Marco Borriello have been mentioned.

Ibra is aware of the interest and is excited by the challenge of helping the Rossoneri reclaim their No1 status from his former club.

Barca directors do not expect a quick deal, however, with Manchester City also interested.