It has been reported that AC Milan are ready to bid big for Southampton attacker Gaston Ramirez. 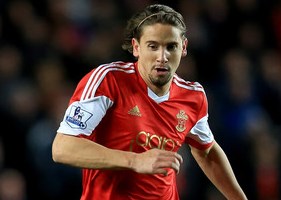 The Daily Express claims that reports in Italy suggest that Milan are preparing a £12.5m bid to bring Ramirez to the San Siro in the summer.

On the prospect of replacing Kaka at Milan, agent Pablo Betancourt said: “A heavy burden, yes, but it would be an honour for Gaston to inherit the legacy of a great player like Kaka.

“For now there is nothing concrete.

“But how can you say no to Milan, who remain a very important team, among the best in Europe?

“It would be an important opportunity.”