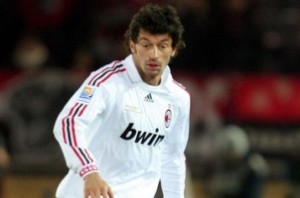 Interesting news are out and it has been reporthe that AC Milan are weighing up cashing in on defender Kakha Kaladze.

The Georgia international is expected to be fully fit inside the next four weeks, but could have played his last game for the Rossoneri.

It is believed that Zenit St Petersburg and Rubin Kazan are both chasing Kaladze, with the Russian transfer market not due to close until mid-March.

The defender is inside the final 12 months of his AC Milan deal.

Filippo Inzaghi Out Injured For The Rest Of The Season