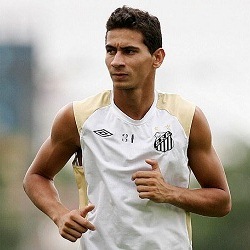 Reports are out claiming that Paulo Henrique Ganso is ready to extend his contract with Santos.

The young Brazilian international is struggling to recover from a long-term thigh injury and this has seen the likes of Chelsea, Manchester United and Barcelona pull back from negotiations over his transfer.

However, AC Milan remain interested and with transfers chief Ariedo Braida in Brazil, they have maintained contact with all parties concerned about the player’s situation.

Ganso is already tied to Santos until 2015, but has stated he’s prepared to discuss new terms – which may serve to strengthen Santos’ hand in talks over his eventual sale.

AC Milan Linked With A Move For Hugo Lloris