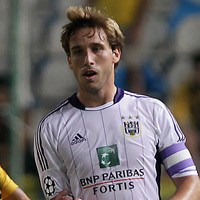 The 25 year old Argentine international star has been linked with the likes of Milan, Arsenal and Real Madrid this year.

Van Holsbeeck told MilanNews.it: “He’s a good player. Tomorrow he will be able to show off, it is his showcase.

“Of course, yes. It will also be his game, his showcase. To be seen by the Rossoneri, too.”