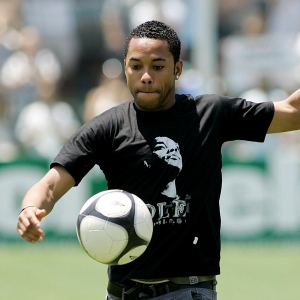 Interesting news are out and it has been reported that AC Milan owner Silvio Berlusconi has revealed that there could yet be another signing before the end of the transfer window.

The Rossoneri under new coach Max Allegri signed former Inter Milan star Zlatan Ibrahimovic from Barcelona on Saturday and are now reported to be trying to lure Manchester City striker Robinho to the San Siro.

Berlusconi told Gazzetta dello Sport that : “If a certain player interests us and is functional to our needs then we will be ready for another hit,”.

According to reports in Italy, Robinho would welcome a move to Italy having fallen out with City coach Roberto Mancini.

When asked about Robinho, Berlusconi said: “It doesn’t depend on us, if it depended on us…Milan’s intentions are there.

“Where could he (Robinho) play? We have so many possibilities and then it’s better to have three players for two roles.”