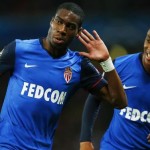 The France international is also interesting Arsenal and Barcelona.

However, Calciomercato.com claims that Galliani has settled on an outline of a deal with Monaco worth €30 million. Kondogbia’s camp have been offered a five-year deal worth €3.5-4 million-a-season.

Galliani made contact with Monaco officials late, last night and negotiations will continue this morning.

The Milan chief hopes to secure a deal some time today.