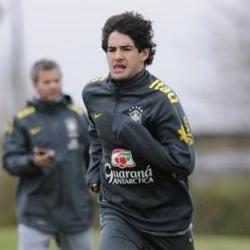 It has been revealed that AC Milan will not consider Chelsea’s offer for Alexandre Pato on current terms.

With Alexis Sanchez going to Barcelona and Javier Pastore to PSG for over €40 million, Milan directors believe the Brazilian international striker is in the same price range.

The offer from Chelsea, for Milan directors, is ‘unacceptable’.