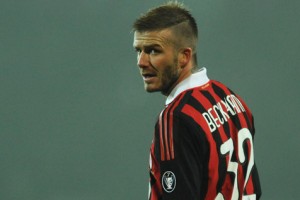 AC Milan has revealed that Los Angeles Galaxy star David Beckham can return to the club again next season.

Beckham will be returning to the Galaxy after this year’s World Cup finals, and compete in the second half of the MLS season. Then he has one more season on his contract in America, taking him beyond his 36th birthday to autumn next year.

Milan chief Adriano Galliani told reporters that David Beckham is the man that he is courting on the most and that the doors of Milan are always open for him.

He also said that he is more than happy to open the doors of Milan in July or January or at any time whenever Beckham wants.

Galliani also said that Beckham is a fantastic man and player and that one shuould see him in training.