According to reports by the Guardian, Adam Lallana may need to inform Southampton that he wants to leave if he is to get a dream move to Liverpool. 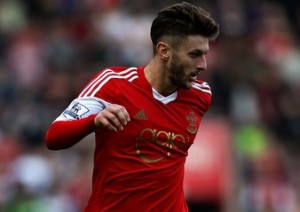 The Saints skipper is being heavily linked with a summer shift to Anfield with some reports suggesting the Reds have lodged a £20million bid for his services.

The 26 year old is believed to be undecided about his future as he prepares for the 2014 World Cup after being named in England’s preliminary squad.

Southampton are desperate to keep him at St Mary’s but if Lallana wants to land a move, he may have to request a transfer as Reds boss Brendan Rodgers is keen to complete his key signings early in the summer window.

The south coast club value the youth academy product at £25m which could force Liverpool to return with an improved proposal. Which Football Club Had The Most Injuries Last Season?