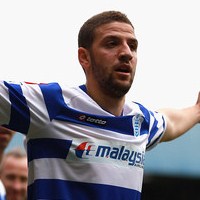 Reports have emerged that Adel Taarabt is ready to commit to a contract extension with QPR despite interest from elsewhere for the Morocco playmaker.

The 23 year old Morocco international said:” “I want to stay at QPR. I have received offers from other Premier League clubs, but my deal is signed until June 2013 and I want to increase the contract. ”

“My agent has a document from the club about their long-term project, and it’s very interesting to me.”