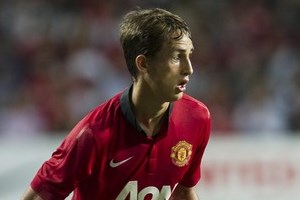 It has been reported that Manchester United starlet Adnan Januzaj has emerged as a loan target for Blackburn Rovers.

It is said that the Championship club wants the 18-year old Belgian attacking midfielder for the 2013/14 season and it is believed that United are pondering the proposition.

Januzaj impressed David Moyes during the pre-season and more recently with United’s reserves and he could be sent away to further his development in a first team environment.