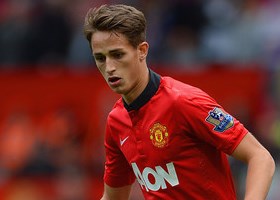 According to reports from The Guardian, Adnan Januzaj has hinted that he intends to commit his future to Manchester United.

The 18-year-old Belgian youngster, who scored twice against Sunderland on his Premier League debut two weeks ago, says he is happy at Old Trafford.

The club are hopeful of agreeing a new long-term deal with him and Januzaj told Kosovo’s KTV: “I am happy at Manchester United and I want to commit myself 100% in every game to do my best. I want to help Manchester United win the Premier League and become the best player in the world.”