It has been reported that Manchester United winger Adnan Januzaj has made the shortlist for the BBC’s young sports personality of the year. 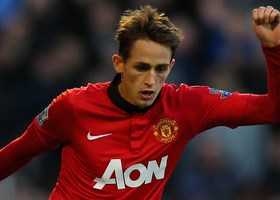 The 18 year old was born in Belgium but has yet to choose which country to represent internationally – he is currently ineligible for England.

Although not British, he is eligible for the BBC award as he is resident in, and plays in the UK, and his main achievements were in this country and not for a national team.