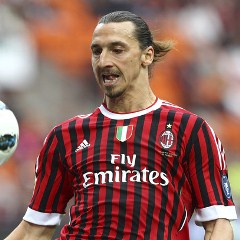 AC Milan vice-president Adriano Galliani has revealed that there has been no Manchester City approach for Zlatan Ibrahimovic.

The newly crowned Premier League champions have been linked with the Swedish international striker this week.

“It is not true that Manchester City have asked for him.

“It is a good sign that we are in the group stage of the Champions League. We hope that we will be in the final, rather than be mere spectators.”