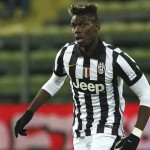 Reports are out claiming that Paul Pogba’s agent has revealed that his client is wanted by all the ‘big’ and ‘smart’ clubs.

The Juventus star, 22, is a target for Premier League outfits such as Chelsea, Manchester United and Manchester City while the likes of Bayern Munich and Real Madrid are also keen.

According to his representative, Mino Raiola, Pogba is the subject of interest from a number of the bigger clubs in Europe ahead of an expected summer frenzy for the former Manchester United youngster.

“I prefer not to talk about Paul. I can only say that my client is liked by all the big and smart clubs.”

Raiola added: “Even Real Madrid? I repeat, he appeals to all the big and smart clubs…” John Terry To Be Offered Chance To Stay At Chelsea