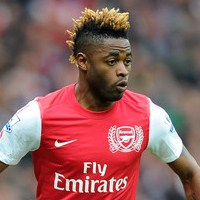 Arsenal midfielder Alex Song will not be moving to Inter Milan this summer says his agent.

The Cameroon international has been linked with an end-of-season shift to the San Siro but his representative, Christophe Mongai, has rubbished those claims.

“I don’t know anything about these rumours but I can assure you that I’ve never had contact with (Inter sporting director Marco) Branca or with the other Inter leaders,” he told interlive.it.

Asked if Song wants to play in Italy in the future, he added: “Yes, but Alex is one of the most important Arsenal players as is clear from the fact that (Arsene) Wenger always starts him. So I don’t think the Gunners are going to sell him during the summer transfer window.”