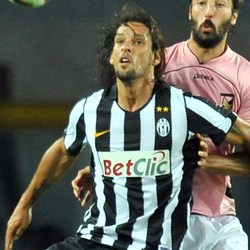 The agent of Juventus striker Amauri has has denied claims that his client is set for a move to Real Madrid in January.

The Italian international striker has been linked with the Spannish giant after Gonzalo Higuain was ruled out for six months due to back surgery.

However Amauri’s agent Giampiero Pocetta says: “Amauri will stay at Juventus, and if he changes his club, it will not be Real Madrid.

“Of course it’s nice to know for Amauri that Jose Mourinho has noticed him, but it’s only a rumour.”