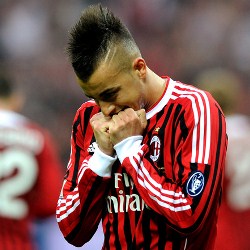 The agent of AC Milan midfielder Stephan El Shaarawy has revealed that his client has been a long-term target for Arsenal.

However Roberto La Florio can’t see Milan now releasing the Italy U21 attacker after his impressive first season with the Rossoneri.

He told TMW: “It’s (Arsenal) a club that considered him before his arrival at Milan, but the Rossoneri have already agreed to his fee, and I do not think they’ll let him go.

“He, also, is happy to stay with Milan.” Barcelona Locked In Talks With Arsenal For Thomas Vermaelen Ivan Gazidis Adamant Arsenal Will Buy To Improve This Summer