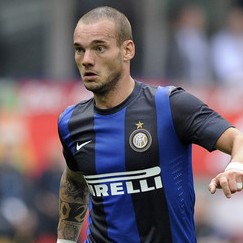 It has been revealed that Super agent Oscar Damiani believes Wesley Sneijder is more likely to move to Manchester United than PSG.

Damiani feels there’s no way back for the Dutch international play-maker at Inter Milan following their contract dispute.

“His adventure at Inter is now nearing completion, in January they will find a solution that suits both the club and the player,” Damiani said.

“I think that his next target is the Premier League, at a club like Manchester United. I do not think the solution is Paris Saint-Germain.”