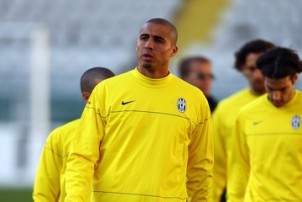 The agent of Juventus striker David Trezeguet has revealed that the French striker is likely to remain in Turin for the final year of his contract.

Despite the fact that he has admirers all over the world, the veteran looks likely to remain a Bianconero.

“However, I’ve told people that nothing can happen this year.

“I have spoken to director general Beppe Marotta and the club are orientated towards keeping him because Coach Luigi Del Neri wants to count on him.

“I can commit myself – there will be no transfer this summer unless he receives a once in a lifetime opportunity.”