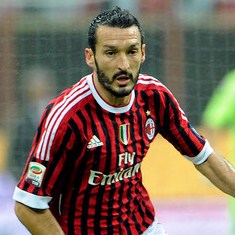 The agent of Gianluca Zambrotta has cooled talk of a move to AS Roma.

The 35 year old former Italian international is a free agent after his contract with AC Milan expired.

“There is no evidence behind this story,” agent Giuseppe Bonetto told Vocegiallorossa.it.

“There’s no point asking director Walter Sabatini or Coach Zdenek Zeman for their opinions on Zambrotta, as it’s obvious they’ll say he’s a great professional, but for obvious reasons he is not in Roma’s plans.

“I speak to Walter every day and he confirmed to me this move is impossible. Zambrotta is not part of the Roma project because of his age among other reasons.”