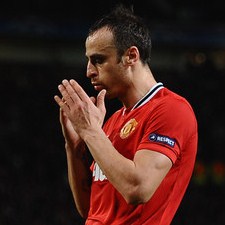 It has been revealed that Russian club Anzhi are interested in Manchester United striker Dimitar Berbatov.

The Daily Mail revealed that Anzhi are reviving their interest in the former Tottenham striker.

The Bulgarian, now age 30, is likely to be offloaded in January with his contract running out next summer.

Galatasaray have also shown strong interest but his agent Emil Danchev said: “We would be interested when Anzhi make a concrete offer.

“We will sit down with Dimitar and ponder this. I don’t know if Dimitar is happy in Manchester. He plays, then he just sits on the bench.”

Thomas Vermaelen Happy To Play Alongside Per Mertesacker