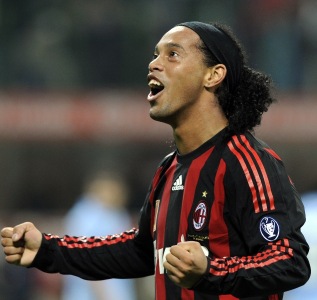 The agent and brother of AC Milan midfielder Ronaldinho is unsure over his brother’s future at AC Milan.

Roberto de Assis has revealed that he has met with Milan vice-president Adriano Galliani since their return to Italy, but have not discussed a new contract.

He said : “We were together in Varese, I met Galliani at the Giannino restaurant.

De Assis added : “Ronaldinho is surely staying with AC Milan? I have met Galliani for five minutes and we talked about nothing. He has a contract with Milan until 2011 and has everything he needs right now,”.

“There is no proposal to extend the contract of Milan, it is rumours.

“But there is a willingness to make a new contract renewal, but we have not yet spoken.”