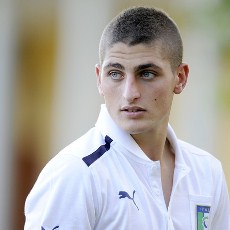 According to the agent of PSG midfielder Marco Verratti, his client will be staying in Paris.

The 20 year old former Pescara star has struggled for form this season.

“There is no truth in the stories that Marco will return to Italy,” representative Donato Di Campli told Il Sussidiario.

“He’s very happy at PSG, one of the most important clubs in the world and one with a very ambitious project.

“The story about Marco leaving PSG has only come out because of the Ancelotti rumours. But Marco’s future is not tied to that of Ancelotti…”