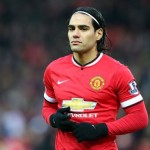 Reports are out claiming that the agent of Radamel Falcao says Manchester United fans are being let down by manager Louis van Gaal.

Falcao has only featured 13 times for United this season and, having been omitted from Van Gaal’s squad for last weekend’s clash with Southampton, speculation surrounding his long-term in Manchester has once again come under scrutiny.

“I don’t know [if he will stay] ” said Jorge Mendes. “He is a fantastic player, and I think it’s very difficult for Manchester United fans — they have an absolutely brilliant player, one of the very best in the world, who would without any doubt play 90 minutes of the match, every time, with any other club.

“The truth is, right now we don’t know what will happen. What we do know is that he will play in one of the very best clubs in the world next season, whether that is Manchester United or not.

“I am 100 percent sure of that. But you know how football works – we need to wait a little. We’ll see what happens.”