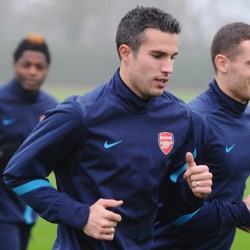 Sensational news are out and it has been revealed that Juventus already have a deal with Arsenal striker Robin van Persie, claims agent Fabio Parisi.

The prolific Dutch international is also wanted by Manchester United and Manchester City.

FIFA agent Parisi told Sportitalia television : “I think Juventus have had a signed contract with Van Persie for some time locked away in a notary’s desk,”.

“It is just my opinion, but I think there’s an eight out of 10 chance the Dutchman will join the Bianconeri.

“Juventus want to win and he is considered the ideal addition to achieve that. I don’t think Edin Dzeko is the right player for the Bianconeri.”