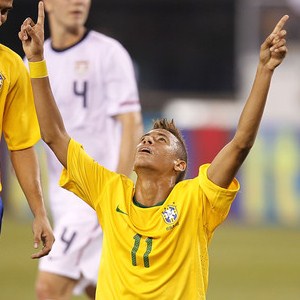 The agent of Santos starlet Neymar, Pivi Zahavi has revealed that the young Brazilian international will eventually become a Chelsea player.

The 18-year old turned down a move to Stamford Bridge to sign a new deal with his home club Santos.

However Zahavi, who has been installed to oversee the players movements away from Brazil, suggests the talented midfielder will one day wear the Blue of Chelsea.

“Neymar will stay with Santos but I’m sure he will become a Chelsea player eventually,” Zahavi told SunSport.

“He loves Santos and wants to win the Copa Libertadores, South America’s most important competition.

“But Neymar also knows that for his career he needs to move to a big club.”