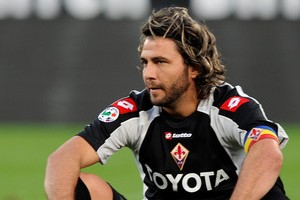 The agent of Fiorentina goalkeeper Sebastien Frey has revealed that there has been no contact with Premier League side Aston Villa.

One of the 30-year-old’s agents, Carlo Pallavicino, announced earlier in June that he expected his client to stay with Fiorentina.

However another representative, Giovanni Branchini, has dismissed suggestions of a move to Villa.

Branchini told Dahlia TV: “It is usually media speculation. Someone invents something and it is reported somewhere else, almost becoming truth.

“Neither Fiorentina nor I have been contacted by Aston Villa. Sebastian has repeatedly stated that he is happy with Fiorentina.

“In every marriage there is some discussion, then there is clarification and you go along.”


James : Slovenia Will Park The Bus Against England!