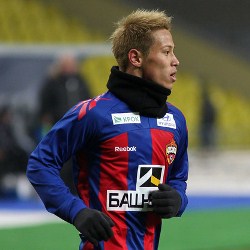 The agent of Keisuke Honda has played down talk of a move to Juventus for the CSKA Moscow star.

The Japanese international star was linked with the Turin giants yesterday.

However Kees Ploegsma, Honda’s agent, told TMW: “Juventus? I would not be surprised if the Italian club were interested in my client, since he is doing very well, but I have not received any calls.

“Direct contact between the two clubs? I do not think so, as I would definitely be put the picture.

“Is it true that the player has expressed his desire to leave? Well, it depends on the type of offer and which destination.

“Keisuke is good for CSKA, which is going strong in the league and in September will take part in the Champions League. Certainly if one were to envisage something really interesting .. “

Gianluigi Buffon Could Leave Juventus In The Summer