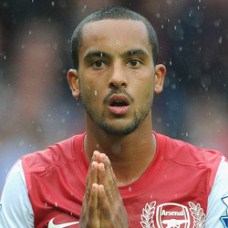 The agent of Arsenal winger Theo Walcott insists there’s been no contact with Juventus.

The England international star has been linked with a move to Juve and Chelsea this year.

The England international’s agent, Colin Gordon, has poured cold water on the rumours, telling calciomercato.it: “Juventus have never called us. We have not received calls from Italy recently.”

Asked if the winger will stay at Arsenal, he added: “We’ll see. I don’t know what will happen.”