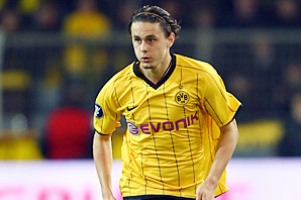 The agent of Borussia Dortmund defender Neven Subotic has played down interest from Manchester United.

Premier League giants United were believed to be among those keen to land the 21-year-old, but Subotic’s manager insists that is not the case.

“We are still waiting for offers,” Steven Kelly told reporters.

“It is true many clubs are interested in Neven but for now he is only thinking about the World Cup. He is calm and ready to represent his country. Talk about transfers does not bother him.

“Manchester United? We have held no talks, that is just a rumour without any substance. I am good friends with (Sir Alex) Ferguson but that wouldn’t mean anything if talks do start.

“Will they? Maybe. Steven is a Dortmund player but there is a possibility he could leave the club this summer.”