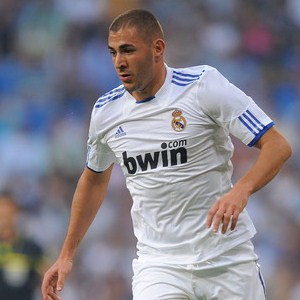 Interesting news are out and it has been reported that the agent of Real Madrid star Karim Benzema has cooled talk of an imminent move to England.

Rumours throughout the summer claimed that the French striker was attracting interest from England, with the likes of Manchester United and Manchester City said to be keen.

The former Lyon ace eventually saw out the transfer window at the Bernabeu, though, in the hope that he could force his way into Jose Mourinho’s plans.

That remains his stance at present, with no thought given to a possible switch elsewhere in the January transfer window.

With that in mind, his representative has sought to bring about an end to the ongoing speculation.

Karim Djaziri told calciomercato.com that : “The future of Karim Benzema will be at Real Madrid,”.

“Are Juventus, Manchester United and Liverpool close to a deal? I categorically deny these rumours. Mattia de Sciglio Delighted To Be Linked With Real Madrid