Reports are out claiming that the agent of Porto striker Jackson Martinez insists a move to AC Milan is not yet sealed. 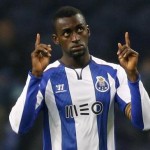 Milan president Silvio Berlusconi has already declared the Colombian will be signing for them.

“Jackson didn’t say anything about Milan because there was no need to. Nothing has been decided yet,” agent Luiz Henrique Pompeo told Record.

“I am the only person who will speak about this during the tournament. Jackson is not just sitting around on his couch at home. He is concentrated on his work with Colombia in the Copa America.

“This is his absolute priority right now and I can say he is absolutely relaxed.”

Martinez is also linked with a move to Arsenal.