The agent of Javier Hernandez has declared that his client will not be leaving Manchester United. 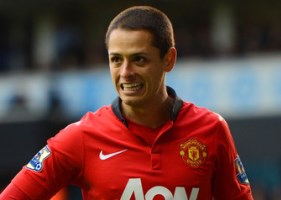 Chicharito has been linked with a move to rivals Arsenal for next month.

Eduardo Hernandez, the Mexican’s agent, said: “I met Manchester United’s people about 10 days ago and they confirmed that there has been interest from various European clubs but they don’t plan to transfer him.

“They are aware that his impact has been limited but he will integrate more little by little.”