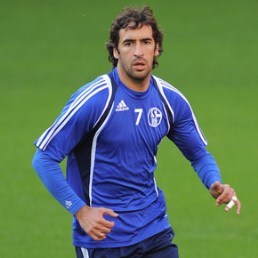 According to the agent of Schalke star Raul, the veteran striker will eventually return to Real Madrid.

Gines Carvajal has revealed Raul will have a role with Real once he hangs up his boots.

“Raul will have some role in the Real Madrid when he retires as a player,” confirmed the agent on Terra.

Cristiano Ronaldo : I Will Not Change For Anyone!