Sensational news are out claiming that the agent of Lacina Traore has revealed Manchester United are interested in the Anzhi striker. 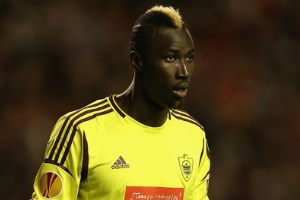 The 23 year old Ivory Coast striker has survived Anzhi’s summer firesale, though is expected to leave in January.

Dmitry Selyuk told Tuttosport : “In August my phone rang constantly. Luciano Spalletti wanted Traore at Zenit at all costs, but the club that came closest to taking it was Manchester United,”.

“The deal was well under way, but you must also understand that Suleiman Kerimov … sold 12 players over the summer.” Man Utd Captain Rooney Delighted To Be Top Of The Table