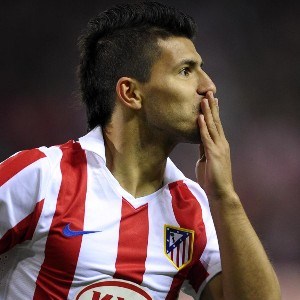 The agent of Atletico Madrid striker Sergio Aguero has dismissed rumours that his client will be moving to Juventus.

Aguero’s representative, Hernan Reguera, declared that no talks have been held with the Serie A giants.

Reguera told AS : “Sergio has two agents and we have both been in Argentina, we have not met anyone,”.

“We have not been in Italy or anywhere, we are in Argentina working on his future. He is quiet, he has delegated this to us and is now focused on the Copa America.

“It is clear that Kun is eager to play Champions League football next season. However, it will not be a decisive factor in the decision on his future. We are currently considering his options and many factors play a role in his decision.”