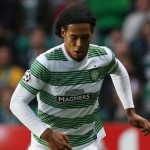 Reports are out claiming that the agent of Celtic defender Virgil van Dijk won’t rule out a January move south.

The Daily Mail reported that Sunderland, Everton, West Bromwich Albion, Arsenal and Tottenham Hotspur are amongst the clubs interested in the £10million Parkhead star.

“Virgil has a good relationship with the (Celtic) manager,” Henk Martin Chin said.

“He will continue giving everything for Celtic. But if beautiful clubs in the Premier League or other big leagues make concrete offers, you do not say no immediately.

“Is there anything currently? There is a lot of interest. It could be a busy winter.” Arsenal, Newcastle Set To Do Battle For Tyrone Mings