It has been reported that Ajax goalkeeper Jasper Cillessen insists he won’t push to join Manchester United. 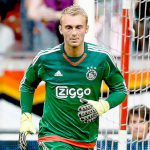 Cillessen is expected to move to Old Trafford if David de Gea is sold to Real Madrid.

But the Holland No1 insists: “I do not think of leaving. Five years ago, when I was playing at NEC, I would think about it, because United would be a big step.

“But I am now completely focused on Ajax.”

The 26 year-old is rated as the priority for Louis van Gaal, the United manager, if De Gea leaves.

Luis Suarez Linked With A Move To AC Milan Manchester United interested in the services of Yaya Toure