Reports are out claiming that a number of top clubs in Europe are believed to be showing considerable interest in Ajax defender Joel Veltman. 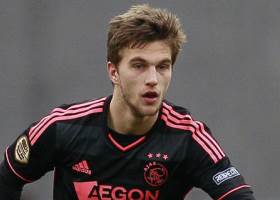 It is has been suggested that Spurs have sent scouts to watch the one-time capped Holland international but Ajax’s director of football Marc Overmars said on the weekend that the Dutch powerhouse have no intentions of letting him go anytime soon.

“I will fight to keep Veltman. We don’t want him to go. He is a massive talent and players have been leaving this club too early in their careers,” said the former Gunners midfielder.

“Veltman is a sensation. We never expected him to make such an amazing breakthrough at top level. But that’s down to the work of (assistant coach) Jaap Stam.

“Joel gets defensive lessons from the biggest of all defenders. Jaap has been working on him really hard with individual coaching at Ajax.”