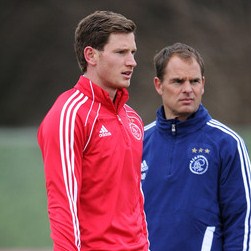 Tottenham are closing in on Ajax defender Jan Vertonghen.

The London Evening Standard says sources in Holland suggest £10million could be enough to land the Belgium defender.

Vertonghen is keen to move to the Premier League in the summer and has already described Spurs as “an amazing club”.

He added: “They are in the top three in England and that is where I want to play. I think my game would be suited to English football.” Florentino Perez Stands By Decision To Sell Ozil To Arsenal