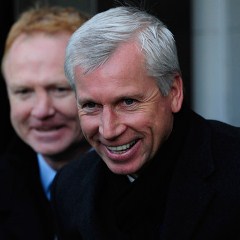 He said: “Tim has suggested it is all forgotten, I am sure Van Persie is the same.

“It would perhaps be nice for Van Persie to call him and being the senior figure, which he is in the Dutch camp, say he perhaps got over-exuberant, and we can all move on.”