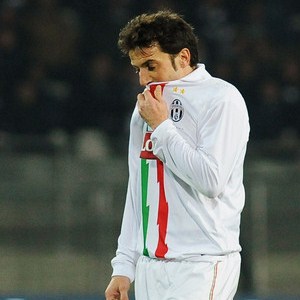 Alessandro del Piero has revealed that he knows that the Juventus fans are furious with their current situation.

The Bianconeri now face a struggle to even qualify for the Europa League, having lost three on the trot to Lecce, Bologna and AC Milan without scoring a single goal.

The Juventus captain said : “It is not a very positive time, but we absolutely must and indeed need to do better,”.

“We have to find the hunger to get out of this situation and always put in the effort. What really counts is putting your heart and soul into it.

“The fans are upset and it’s understandable they are disappointed.”

Milos Krasic Honoured To Be Linked With Manchester United