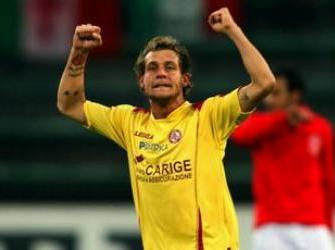 Want-away Livorno striker, Alessandro Diamanti is reportedly on his way to West Ham and the Premier League after “begging” Livorno to sell him.

The striker, now age 26, will be joining the Upton Park club for an estimated £5.5million, which the Hammers will pay over the duration of three years.

Diamanti was playing in Italy’s third tier just two years ago before Livorno gave him his big move and now the club’s director of sport Nelso Ricci revealed that Diamanti was desperate to make the switch to England.

Ricci said that Diamanti literally begged the club in tears to let him join West Ham as he said this is the opportunity of a lifetime for him. Ricci also added that Diamanti thanked the president for having signed him but now he wants to leave.

Ricci added that there is nothing the president can do other than sell a player who no longer wants to be with the club. He also went on to say that the club cannot keep unhappy players as the club had already improved Diamanti’s contract to match the higher earners.